The old Antics Hair Salon in Canberra will come to life again in January and February 2023 as Canberra’s newest microcinema.

Over the past couple of years a group of Canberra artists interested in projection, reflection and moving image have gathered on and off and worked together in different constellations. Join us for screenings at 10 Petrie Plaza (opposite Ted’s Photographics) in Civic in the shop front that was Antics Hair’s final location.

On Sat 14 Jan, join Rowena Crowe from Wollongong, current lead of Sydney’s artists film lab, Workshop for Potential Cinema and local artists Caroline Huf and Louise Curham. We will screen new works originated in 16mm and super 8, some shown on these gauges, some digital. 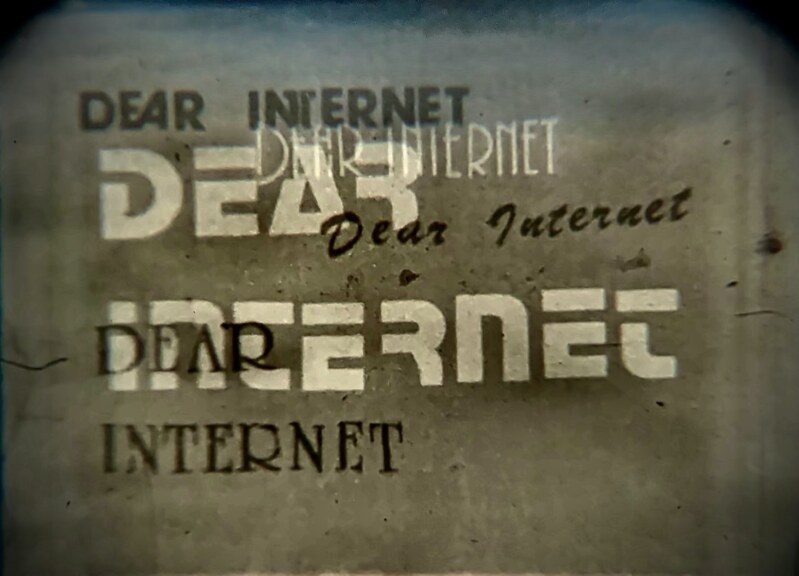 Dear Internet (and other stories)  is a performance for hand cranked 16mm projection and automated projection.

Early projectionists who hand cranked the projector were opposed to the automation of cinema. Fearing they would be brushed aside by machines they striked in protest. Rowena Crowe’s short, expanded work Dear Internet pays homage to the craft of hand cranked projection and is a critique of our digital times. When digital fatigue descends analogue film acts as antidote. Dear Internet, is an assemblage of found materials arranged in resistance to algorithms, gate keeper passwords, and big data mining.